12 of the Best (and Most Offbeat) Attractions in California! 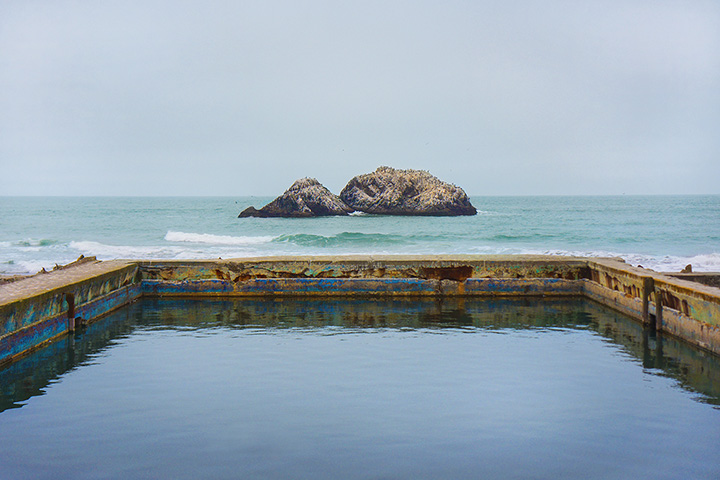 California is a huge state with plenty of mainstream attractions, from an assortment of theme parks to natural wonders. Take a step off the beaten path to discover some of California’s more unique charms, from artworks to historic treasures and a few quirkier finds as well.

The Winchester Mystery House is one of California’s best-known quirky attractions. Built by the widow of the Winchester rifle creator, Sarah Winchester built the home out of grief after losing her husband and child. Relying on spiritualist to contact her lost loved ones, the house is filled with ghosts and unique architectural touches, like closed rooms and stairways that lead nowhere.

A massive art installation within the San Francisco Bay, the use of tubing and various materials create sound when the waves hit the artwork. The sound is subtle, so you have to become very attuned to what you are hearing and experiencing at the same time.

Stones found in the sand of Death Valley show signs of movement, although no one has ever seen them move. The spot is difficult to access but is one of the great mysteries of the natural world.

Sunny Jim’s Cave provides the only land access to a sea cave in California. Head down 145-step tunnel with slippery stairs to check out the historic cave that has been attracting tourists for over a century.

The Whaley House is considered one of the most haunted homes in the world. Filled with rich history and shocking tragedies, you can take a private tour after hours for a chance to spot something spooky. Or take advantage of the daytime tours to see a piece of history.

Salvation Mountain is a colorful monument to love and religion in the California desert. Created by Leonard Knight, the mountain is 50 feet high and 150 feet wide and covered in paint and adobe.

Bodie Ghost Town is amongst the best-preserved historic gold mining towns of the West. Northeast of Yosemite, the town is in a state of arrested decay and open for exploration during select hours as a historic park and site. You can’t stay here or take a souvenir, but you can occasionally spot a ghost.

Built in the 1900s by an artist builder looking to escape the Fresno sun, the Forestiere Underground Gardens are now a historic site and attraction filled with courtyards, fruit trees and passageways that mimic ancient catacombs.

The Chandelier Drive-Thru Tree is the best known drive thru tree. It is on private property owned by a family, so there is an admission fee. You can also spot other super tall trees and wildlife, depending on how long you choose to stay.

Glass Beach is known for the copious amounts of sea glass that covers its shores, creating more glass than sand. There are also tide pools with ecosystems to wonder at.

One of the most reliable geysers in the world, Old Faithful Geyser in California predicts earthquakes and is a hotspot for photographers. Open 365, there is an admission fee to the park, which also features a geology museum and goat farm, amongst other attractions.

Built in 1894 by self-made millionaire Adolph Sutro, the baths were once supposed to be a healthy, recreational and inexpensive swimming area for the city’s citizens. The Pacific Ocean filled the pools up and thousands of people could use it. Once the Great Depression hit, the rental fees and other issues forced the Sutro Baths to close although the spaces were converted into other forms of entertainment for a time.