The 10 Best Myths and Urban Legends in California 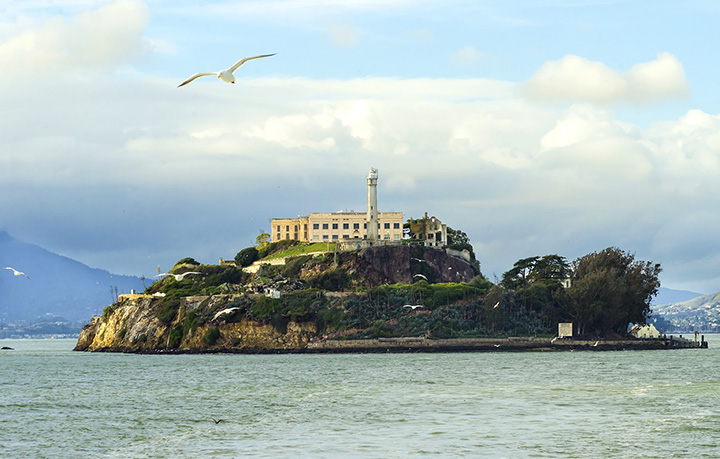 Hollywood isn’t the only hotbed of story-telling in California. Throughout the state, there are rumors of ghosts, strange events, urban legends regarding real life drama and all other sorts of crazy things. Here are a few of the most often told tall tales about California.

The Char-Man resides in Camp Comfort County Park, which is also home to a variety of other specters. As his name implies, the Char-Man is all burnt up from a fire with different origin stories. The long and the short of it is that the Char-Man is the only survivor of a fire that took place back in the 1940s (sometimes 50s or 60s) and now he haunts the area and attacks passers-by. He is so legendary that he even has his own hot locally made sauce.

San Francisco is definitely filled with curious characters, but none is more curious than the Ghost of Stow Lake in Golden Gate Park. Legend has it that long ago, two women were chatting on a bench and didn’t notice when one of their baby buggies rolled away. Once she did notice, the mother began looking everywhere for her baby, including in the lake, where she eventually disappeared. Now, if you happen to visit the area at night, she may ask you, “Have you seen my baby,”—and haunt or kill you, depending on the answer she receives.

Basic laws of gravity state that what goes up, must come down. But in California, there are spots that are rumored to defy this basic truth. If you park at the base of a hill in specified locations and release your parking brake, your car will roll up hill. These spots are hard to find but are often accompanied by a legend as an explanation: A school bus broke down and the kids jumped out to push it up the hill, but lost control and the bus ran over them, killing them all. Now they push cars up hills as ghosts.

Lost Ship of the Desert

Given that ships don’t usually travel by sand but by sea, this legend is pretty loose. Basically, it revolves around a series of supposed sightings of a viking ship in the desert. Rumor has it that thanks to a series of former river ways, the ship could be sunk somewhere in the Salton Sea. However, there’s not a lot of history to back up the Vikings exploring North America’s West Coast or an exact route as to how the ship could have found its way into the desert, even back when the sea and rivers had water flowing.

San Francisco’s Alcatraz Island has plenty of ghosts and disturbing rumors about its former inmates. One of which is the Alcatraz Demon. The story is that a prisoner was ranting and raving about a demon in his cell. The guards ignored the cries, knowing that many of the prisoners were mentally and ill and prone to seeing things. The next morning, the prisoner was found strangled in his cell, with no apparent evidence or means that someone else had been in and out of the space. And there are a lot of other ghost stories revolving around Alcatraz as well.

The Black Dahlia is the nickname for one of L.A.’s longest and most famous unsolved murders, inspiring stories, books and movies. Elizabeth Short was brutally murdered and cut in half in 1947, but her killer was never found and legends have grown around who could have done such a heinous act.

The Zodiac Killer was a serial killer in the 1960s and 1970s. He was never caught and rumors persist to this day about his identity and whether or not he is still living.

Around dusk and dawn, Dark Watchers can be seen gazing out to sea wearing hats and carrying walking sticks. Some stories have the mysterious Dark Watchers dating back to Chumash times and stories of the beings have appeared in fiction for decades. The creatures vanish as soon as human eyes see them, so details on them are pretty murky.

The Chulupa Monster washed up on the shores of San Diego some years ago and many suspected it was a Chupacabra that could swim. It is often blamed for deaths in the area and got its nickname from local fishermen.

Maybe it’s the influence of Disney in Southern California, with Disneyland in Anaheim and dwarf-like homes in Burbank, near the Disney animation studios, but apparently, munchkins live in San Diego. A series of small homes in La Jolla were built for the petite actors that played the munchkins in the 1930s film “The Wizard of Oz,” at least, stories will have it. Now only one of the homes remains and neighbors have said that it attracts a lot of attention as a tourist attraction. The homes are very low to the ground, but it is still a mystery as to whether or not the actors actually inhabited the homes and if they were really specially designed just for them. It is known that Margaret Hamilton, who played the Witch, lived nearby and that the script was written in Coronado.