The 10 Best Skate Parks in California! 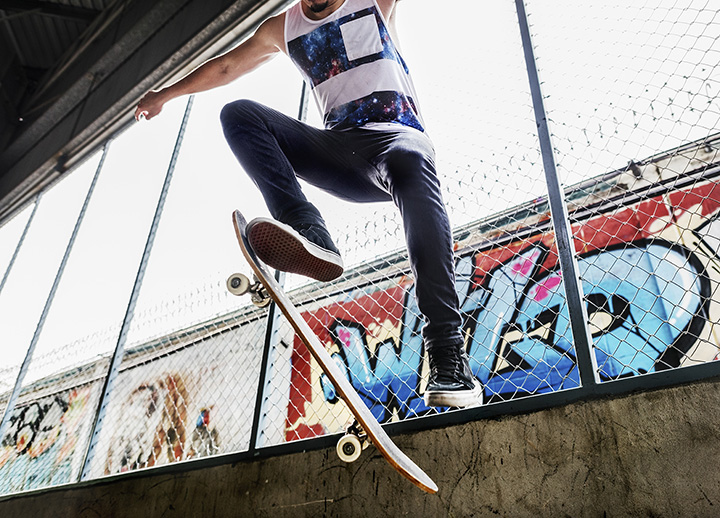 The history of skateboarding has roots in California, so it’s no wonder that the entire state continues to be a bastion of skating activity. Since the early days back in the 1950s, or even further, skateboarding has become a worldwide sport. But some of the best skate parks can still be found in the Golden State. If you’re not riding the waves, then try riding your skateboard at 10 of the best skate parks in California.

Vans shoes have a long history of being the preferred footwear of skaters, so it’s only fitting that the company has their own brand of skate parks as well. The Vans Skate Park in Orange is an indoor arena set with a street course, pool, warm-up area, ramp and an outdoor site as well. There are fees to use the skate park, so come prepared with a few bucks.

The Cove has some restrictions regarding wearing protective gear and charges fees, which are discounted for Santa Monica residents, but provides courses for skaters of all ages and abilities. Much of skateboarding history took place in the Santa Monica area, with the Z-Boys of Dogtown’s Zephyr skateboarding team making the sport popular back in the 70s and The Cove still has an old-school vibe, even after undergoing renovations in 2005.

The suburban Skatelab is more than just an indoor space to skate—it’s also a mainstay of skating innovation as well as the site of a skating history museum. The Skatelab sponsors pro skaters and you just might spot a few famous faces if you hang out at the place long enough. You can shop for gear and discover new trends in the sport in between hitting the extensive array of courses.

The small town of Ripon in Central California has one big claim to fame: The location of Thrasher Magazine’s No. 1 skate park in the state: Curt Pernice Skate Park. Located in a park setting, you’re as likely to see tourists and newbies skating around as you are to see experts using the supersized “epic” pool that covers most of the skate park.

It’s fun to skate at the Magdalena Ecke Family YMCA Skate Park because you can find classes for budding skaters as well as bowls, a vert ramp, and a concrete street section. Although there’s a fee to skate, which varies according to membership, most skaters agree that it’s worth a road trip to skate at the site of the 2003 X-Games Vert Ramp, one of the largest of its kind.

During his lifetime, Ken Wormhoudt was a noted architect of skate parks and his namesake skate park pays tribute to his craft, which including involving local skaters in his design process. The modern park features a full pipe, two bowls with pool coping and tile, practice bowl and street course with steps, hubba ledges, wall-rides and metal rails.

Located near an old naval base, City View Skate Park in Alamada has views of San Francisco, hence the name. There is also a water fountain and an outhouse so that skaters can take advantage of the park being open from dawn until dusk. It tends to be a favorite spot for parents to keep an eye on their budding skater kids or show them the ropes.

The Sacramento area has more than a few skate parks, but Tanzanite Skate Park tends to turn up on a lot of favorite lists because it’s made of concrete and mimics the street without being actual street. It’s a feature surrounded by a bigger park, which includes a playground and nature areas as well as a dog park. Skate park designer Wally Hollyday designed the park and is known for his use of concrete.

View more California Skateparks.
Select a California town to find
the Best Things-To-Do and Places To Go around you