The 7 Best Seafood Restaurants in California! 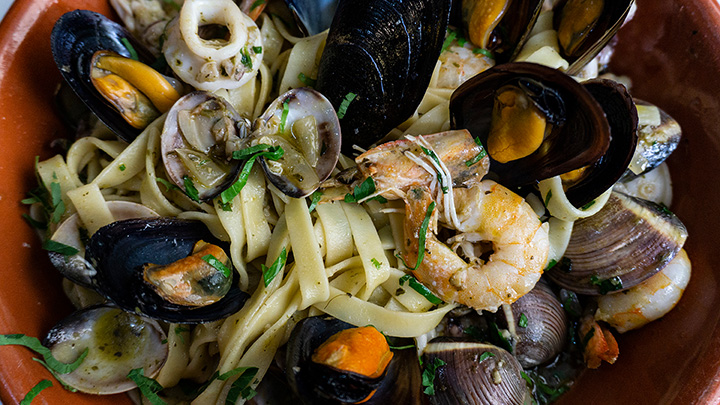 California’s prime location with a magnificent, sprawling coastline means the state is a hub of all things seafood! From lavish preparations in upscale city eateries, to down-home, tucked-away gems by the shore, you’ll find every fish imaginable at California’s world-class seafood restaurants. Here are our 7 favorites!

Connie & Ted’s is the casual seafood by the shore inspired restaurant from one of the city’s most renowned chefs. You’ll find New England specialties with a California twist and a raw bar that can’t be beat.

Captain Kidd’s is an in-the-know sort of divy seafood spot with a market. Bring home your catch of the day or snag a rare table and dig into divinely steamed clams and a cool shrimp cocktail.

Many years ago, the Michelin Guide dropped a few stars in Los Angeles and Providence was a recipient. Since then, the restaurant has been through a remodel, but the elegant attention to detail and enhancing the flavors of the fish remains the same.

Fisherman’s House is in a little-known food court that includes a bare bones secret backroom. Here is where you’ll find Korean-style sashimi made with the freshest catch of the day from the nearby Pacific.

Located at the very end of Stearn’s Wharf, Santa Barbara Shellfish Company attracts people looking for really fresh seafood. Pass the other restaurants lining the boardwalk and head over to peel your own shrimp and enjoy clam chowder in a bread bowl.

Lobster West features East Coast-style lobster and crab rolls. The buttery rolls are filled with Maine lobster for a taste of Maine on the other side of the country. It’s been recognized as one of the best places for seafood in the country.

Head to Hog Island Oyster’s Company’s Boat Oyster Bar for a reservations-only experience. Serving freshly shucked oysters and locally made artisanal foods right on the bay, it’s a decadent experience. But be sure to call ahead.