The 10 Best Places for Live Theater in California! 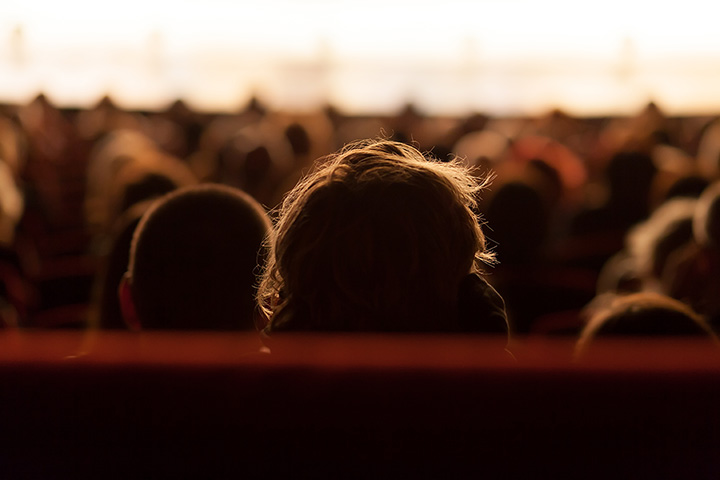 California is home to some of the best performance artists in the world, with some serious top-tier productions happening at local theaters year-round. The Golden State offers a variety of opportunities to see live theater, from community efforts to major productions. Check out some of the best places to catch a show in the state!

The Music Center includes several different venues throughout the city, the best known of which are in Downtown L.A.: The Ahmanson, The Mark Taper, Dorothy Chandler Pavilion and Walt Disney Concert Hall and showcase famous plays with stars as well as Broadway, operas, classical music and more.

Across the street from UCLA, The Geffen is an intimate theater that often features stars as well as local talent in plays that vary in content. The bustling theater is popular with season ticket holders and also has various educational events and other programs.

The Pasadena Playhouse is a historic theater with a rich history, both architecturally and culturally. The small theater puts on major productions with everyone from Hollywood luminaries to local talent. Plays both large and small come to life in the small theater with California culture.

The Los Angeles Theatre Center offers spaces for diverse and cultural events and plays so that everyone has the opportunity to enjoy life theater and performances. Currently under the curation of The Latino Theater Company, there are a variety of plays and events held each season.

The San Diego Civic Theatre is comprised of two venues: The historic Balboa Theater and the Civic Theatre, which offers a variety of music, dance and Broadway shows to audiences. The upcoming season features Broadway’s best hits, including Hamilton.

Since the 1920s, The Orpheum has been showcasing Broadway and pre-Broadway plays. Original Broadway casts and touring companies have tread the boards at The Orpheum presenting great works and musicals.

The Golden Gate Theater has a rich history from its early days of the 1920s as a vaudeville theater to a movie house and then to a performing arts venue. The Golden Gate showcases Broadway classics and new hits and features the occasional film or television star in the cast.

The American Conservatory Theater is a non-profit theater that has actor training and other programs that further the art of live theater. Catch off-Broadway performances from today’s leading playwrights and other shows of interest.

The Berkeley Repertory Theater offers two stages for live performances and is the first resident professional theater in the area. Modern classics and Tony-award winning shows are often featured, as are plays that eventually end up on Broadway.

300 West Main Street, Visalia, CA
History:The Fox Theatre tells a lot about the community of Visalia. Opened in 1930 in the early days of "talking pictures," the theater w... Read More

Warnors Center for the Performing Arts

1400 Fulton Street, Fresno, CA
About Us The Warnors Theatre originally opened as the Pantages Theatre in 1928. It was constructed by Alexander Pantages, one of the most promine... Read More

1226 North Wishon Avenue, Fresno, CA
Roger Rocka’s Dinner Theater opened in late June of 1978 with a breathtaking production of Gypsy. Despite a year of intense work, the kitchen... Read More

190 North Elmwood, Lindsay, CA
About Us: The Lindsay Theater was renovated and reopened in the late 60's as a movie theater, but closed due to a lack of patronage in 1982. A smal... Read More

42 South Plano, Porterville, CA
History: The Barn had its roots in the inventive minds of a small group of people who loved the theater. The idea for establishing a theater here ... Read More

12748 Jomani Drive, Bakersfield, CA
About Us:The Gaslight Melodrama Theatre and Music Hall was established in August of 2005. It is the first privately owned performing arts venue to ... Read More

2001 H Street, Bakersfield, CA
About Us The Majestic Fox Theater is Bakersfield's premiere source for concerts and live entertainment events. When the lights go down, the curt... Read More

1341 G Street, Bakersfield, CA
Mission Statement Dedicated to the enrichment of Kern County Since 1969, the mission of Bakersfield Music Theatre has been to produce quality mus... Read More