The 9 Best Doughnut Shops in California! 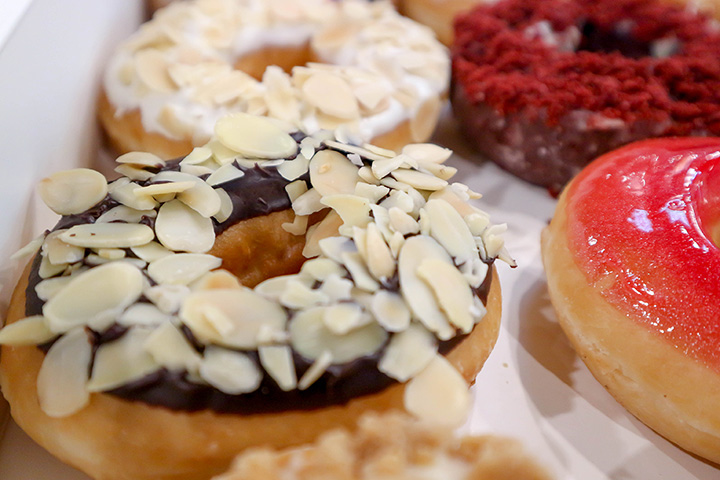 Whether you’re on a road trip, need a sweet snack or craving something sugary, sometimes only a doughnut will do. From old-school doughnut shops and famous doughnut holes-in the wall to gourmet creations, there are different kinds of doughnuts all through the Golden state.

Possibly the most recognized doughnut shop in the world, Randy’s Donuts is more than just a landmark doughnut sign—it’s also a classic doughnut shop. Best known for its glazed doughnuts, Randy’s features all the classics including chocolate glazes, fruit glazes and cakes and twists.

Donut Friend is a modern take on the classic doughnut shop, offering doughnut sandwiches and oodles of combinations and flavors that can’t be found anywhere else for truly decadent doughnuts. They also have clever catchy names for all the unique creations and if you can’t find anything you like, you can come up with your own monstrosity.

The San Diego hotspot starts serving at 7 a.m. and goes until it runs out of doughnuts. Doughnuts that include both vegan and non-vegan options that pair with coffee and espresso drinks.

Dynamo Donut & Coffee has branched out to two locations thanks to a selection of gourmet flavors like apricot cardamom and caramel de sel. The flavors are inspired by the chef’s work at some of the city’s top eateries and so appear as artisanal delights.

Cake Among Us, Rancho Cucamonga, CA

Cake Among Us is actually more of a cake bakery, but the other sweet treats, including brownies and cannoli and especially doughnuts, make it a stop for every day.

For 40 years, the Donut Man has been delighting the people of Glendora with fresh doughnuts 24-hours a day. In addition to the usual roster of classics, the Donut Man also has a selection of seasonal doughnuts, crafted with the fresh fruits of the season, including strawberry, peach and pumpkin. And there’s the foot-long doughnut tails that have shown up on food channels.

Also known as the People’s Donut, Donut Farm is the kind of hippie doughnut shop you’d expect to find in Northern California. Doughnuts and food are vegan and organic and the popularity of the creative doughnuts have led to other locations in the Golden State.

The Jelly Donut’s proximity to a freeway entrance and airport make it a popular stop for a bite at early hours. It’s an old-school corner doughnut shop serving up warm, fresh doughnuts for those that enjoy a classic doughnut—with or without jelly filling.

Surfside Donuts has an eclectic rotating selection of doughnuts that borrow from doughnut trends around the country. Topped with cereal or cured meat, stuffed with cream or jelly, Surfside Donut has both creative and classic doughnut options.