The Ultimate Halloween in California! 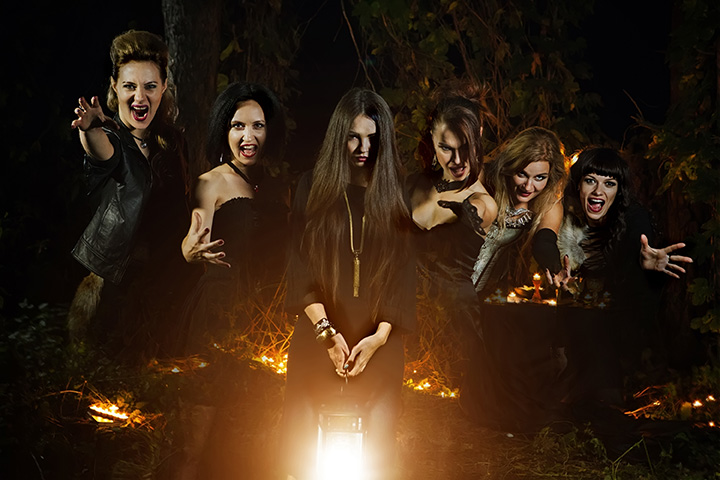 Despite California’s sunny reputation, there’s a definite dark side to the state. From famous murders, haunted sights, a focus on zombies and raising the dead, there’s no spookier spot to explore during Halloween than California. Find out how you can get into the spirit of things, all over the Golden State!

Dewar’s has been making sweets and treats for decades. The family-owned business has a full-scale factory that you can tour to get a behind the scenes glimpse of how candy is made.

Pay your way to a good scare at one of California’s largest haunted house attractions, Scream Park. Each year, the attraction gets bigger and scarier and has drawn the attention not just of local fright lovers, but major publications including Forbes, cementing the Scream Park as the biggest and scariest in the state, if not the West Coast.

San Francisco is pulsing with parties celebrating Halloween but the W Hotel’s haunted party offers the opportunity for you to get into costume and enjoy the fun without having to head home at the end of the night!

I Wanna Be Costumes, Sacramento, CA

If you’re not near LA’s famous costume shops that are used by studios, then check out I Wanna Be Costumes in Sacramento. The family-run costume shop offers costumes from movies, themes, time periods and more. So that you can be whatever you wanna be.

Hollywood Forever Cemetery is one of the most famous cemeteries in the world and the final resting place of many of Hollywood’s most famous stars. In addition to being open for exploring by day, the cemetery also hosts concerts and events at night, including popular movie screenings known as Cinespia—which have ghost themes during Halloween season.

Take a special ghost tour through the Winchester Mystery House which has seasonal candlelight tours during September and October that highlight the spooky at any time home. Filled with odd architectural details, the house was reportedly haunted long before Ms. Winchester met her demise.

The Anaheim Halloween Parade has been marching through the streets since 1924. You can participate by ogling the amazing costumes and floats that locals create or try dressing up yourself.

Apple Hill’s pumpkin patch lets you pick your own pumpkin as well as other seasonal produce right on the farm. The pumpkin patch is an annual event that locals look forward to and attracts new families each year looking to make Halloween pumpkin picking even more special.

14265 East Goodfellow Avenue, Sanger, CA
Halloween at Hobb's Grove is exactly what one would hope for when desiring the ultimate haunted Halloween experience. Creepy and mysterious yet fri... Read More

Scream In The Dark

4009 Chester Avenue, Bakersfield, CA
About CC productions have been entertaining people in the Haunted attraction industry for over a decade. They have been involved with haunted even... Read More

The Haunt in Atascadero

1106 East Grand Avenue, Arroyo Grande, CA
The Mid State Scare returns for 2014. A different show each night of the weekend! Ask anyone who was lucky enough to see the show, this is the scar... Read More
Select a California town to find
the Best Things-To-Do and Places To Go around you