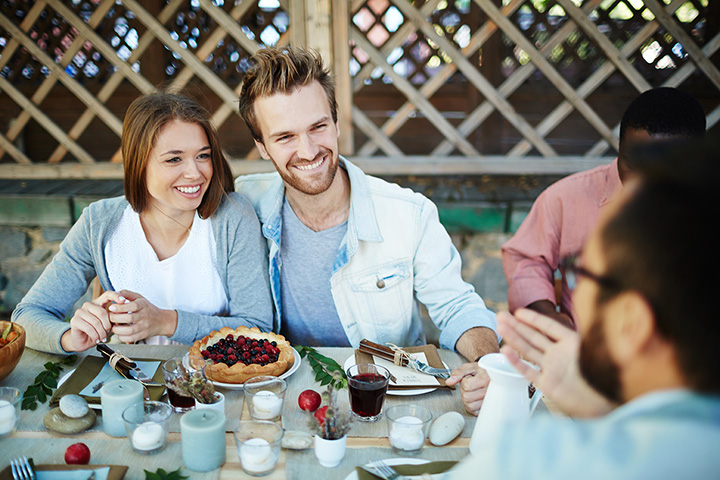 It's fall in 2023, and just because not all the leaves turn colors in California, doesn’t mean that we don’t know how to celebrate Thanksgiving festively. Enjoy fresh and organic farm-raised turkey and Black Friday shopping until you drop. Give back, eat a lot, and enjoy time with family to have the 10 Best Thanksgiving Activities and Events in California!

The night before Thanksgiving, or after the big family get together, locals head to Verdugo Bar to kick back and enjoy the holidays without the stress. College kids that didn’t head home mingle with locals looking to have fun before and after the big meal.

There are lots of trendy pie places all over the city, but Four ‘N 20 Pies has been making them for decades and they know what they’re doing. During November, Four ‘N 20 serves up flavors that are perfect for bringing to Thanksgiving dinner including pumpkin, sweet potato, pecan, apple and more. You might want to order ahead.

Family owned and operated Rainbow Ranch farm is a local legend. People drive from as far away as Las Vegas to pick up a turkey for their family meal that has been raised ethically and organically. You have to order a turkey for Thanksgiving far in advance, because the small farm can only raise so many, but you can try to have a chicken or other protein shipped if the farm is already sold out.

Prepare for long hours of shopping and plenty of mall madness at the Glendale Galleria, one of the best malls in California to score deals. The mall has both upscale and affordable shops and has redone its parking to make things a bit easier to navigate. Check for times and specials to make your plan of attack a little easier.

The Hollywood Christmas Parade takes place the Sunday of Thanksgiving Weekend. Each year a minor celebrity is chosen as the Grand Marshall, and you’ll spot many floats, creative costumes and some famous and familiar faces along the parade route and in the crowd.

A post shared by Southern California Garrison (@southerncaliforniagarrison) on Nov 20, 2017 at 5:30pm PST

Football is an American tradition and California takes college games seriously. Two of the biggest rivals in the state are going at it at the Rose Bowl. Buy tickets and watch as the crowd goes wild. You can also tour the Rose Bowl over the Thanksgiving weekend.

The Historic Southwest Museum, formerly known as the Southwest Museum of the American Indian in LA’s Mt. Washington neighborhood pays tribute to the Native Americans of the area. Learn a different side of history in a historical building.

Get up early and head over to the Burbank Y for the annual turkey trot. There are races for all levels, including kids and walkers. Funds from the event go to the Y to pay for efforts in the local community.

Dinner in the Park, Pasadena, CA

For almost 50 years, the Union Station Homeless Services has been holding holiday meals on Thanksgiving and Christmas to give less fortunate members of the community a place to go and gather for holiday meals. Held in the park, the event is one of the largest efforts. Volunteers and donations are very much appreciated to help the service continue their efforts throughout the year.

Thanksgiving is the first official holiday of the holiday season. After dinner, head to the LA Zoo to see a spectacular light display. Reindeer and Santa are there on some nights, but the real attraction is being at the zoo at night. Get tickets in advance for the special event.