The 9 Best Neighborhood Bars in California! 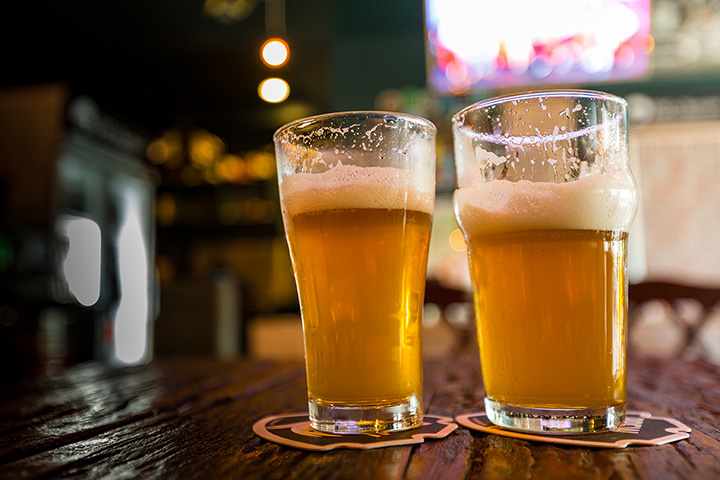 From trendy cocktail bars to historic spaces regularly-visited by celebrities, California’s nightlife scene is world-class. But still, nothing beats that down-home neighborhood spot. These locations, with familiar drinks and friendly bartenders, quickly become your go-to spot. Here are the best neighborhood bars in California.

Southland Bar has poured more than one local’s first legal drink. Even if you’re past 21, Southland Bar tends to be a perfect place for when you want to get out without being fussy. Weekends tend to cater to a younger crowd with DJs but the cheap drinks win approval with all ages.

Free popcorn, theme nights, pool tables, Chimneysweep Lounge has pretty much everything for everyone—including a fireplace that doesn’t get much use in the Valley’s notoriously warm weather. The Chimneysweep has a definite old school vibe but it attracts people of all ages so it’s worth checking out. You might even spot a celebrity or two.

Crown & Anchor has been a neighborhood staple in the LA suburb for decades. The British themed bar features British sports as well as game nights and it tends to be where locals go to reconnect when they’re back in town. One of the few spots open late in town, the bar area gets crowded but there are plenty of tables to just sit and chill with a cold beer.

The Kingfish has a long history in the Oakland neighborhood where it has been since first opening as a bait shop in 1922. It’s been a struggle to stay the same in a town with new changes but locals love supporting the old place that regularly features local sports on the televisions from the Raiders to the Bears. Stop in for a beer on the patio or park yourself in front of a flatscreen.

Lone Palm in the Mission is kind of an upscale neighborhood bar. Dim lighting and tablecloths are a kind of twist on the overall casual and cozy vibe that has made Lone Palm a favorite in the area. There are Goldfish and plenty of martinis to help you spend a relaxing evening.

Fireside Lounge isn’t flashy or showy but it does get a lot of action from locals. Not far from the airport, Fireside Lounge is where locals head to celebrate holidays or enjoy a cold bottled beer (nothing too fancy here) as well as the food options for the day—often tacos. There’s also pool tables, air conditioning and none of the frills of the tourist spots closer to downtown.

Karaoke and pool tables are favorites in this neighborhood bar in music festival country. Bar fare like nachos pairs perfectly with the small selection of California brews on tap. You’ll find cowboy hats, the occasional celebrity appearance, and a friendly pitcher of beer for a great night out.

Santa Barbara’s Neighborhood Bar says it all. The spacious bar has nearly every bar game imaginable, from pool to ping pong to beer bong and beyond. There are sports on the television, tables on the patio and a variety of salads, pizzas, sandwiches and other bar basics to pair with your drink of choice. Casual and laidback, it’s a side of the beach city that is usually only known to locals.

Goleta’s Imperial is a much needed renovation on what used to be the kind of bar that “attracts the wrong sorts.” The Imperial is now a classy old-school neighborhood bar that is both hip and trendy but still has a welcoming vibe that allows you to sit and chill without feeling out of place in jeans and a t-shirt. Enjoy some of the best fancy drinks in the area, without the pretension of many craft bars.