The 10 Best Libraries in California! 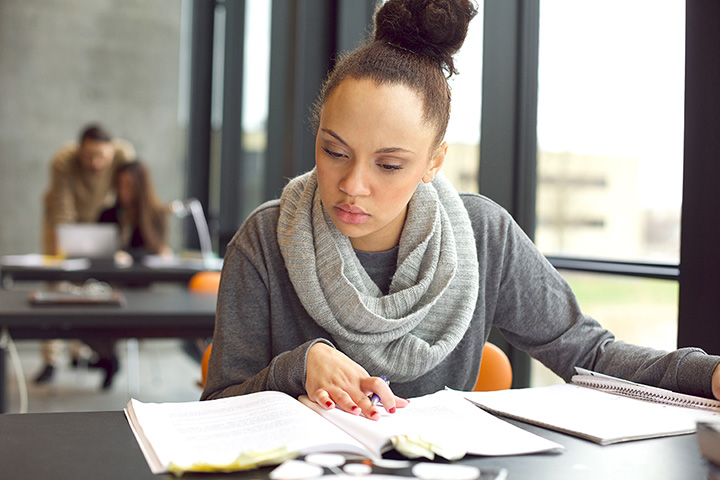 From the state’s quaint small towns to its sprawling cities, California boasts some incredible library spaces. Whether they’re state-of-the-art buildings with modern architecture or libraries that have been around for over a century, guests will find an optimal atmosphere for studying, gathering for community events, and enrolling their children in after-school programs. Here are the 10 best libraries in the state.

The Los Angeles Public Library’s Central Branch in Downtown Los Angeles is an iconic part of the city’s skyline. The beautiful building fuses Egyptian and Mediterranean influences into an architectural wonder. Beyond the building itself, the library offers special events and a variety of ways to discover new information as the main hub of one of the largest library systems in the world.

The San Francisco Public Library lost much of its historic collection in the great fire that burned the city back in 1906. Over a century later, some pieces are gone forever but the library has managed to build up an extensive collection of information on California and San Francisco history, amongst other concerns.

The West Hollywood Library is a modern vision of a community library. There’s a café, wide open windows to enjoy views of the Hollywood Hills and an extensive collection of LGBT literature. Equally renowned is the parking garage, which features murals from respected artists.

Pasadena’s public library is located near the famous Civic Center with its iconic dome that signifies a golden age of California architecture. The library is finished in a similar Art Deco and classical style with dark shelving and narrow halls housing collections of books.

The Brand Library in Glendale was once the palatial home of Glendale’s first family. Now the Spanish/Moorish/Indian-styled home is tucked away into a quiet canyon and features a variety of information on the history of the Brand family and the city of Glendale. In addition, the library is also a hub of arts and culture with many community events and programs designed to engage and educate.

The sleepy town of Thousand Oaks has an impressively large library. After an extensive renovation in the 1990s, the library reopened to include a large children’s library, complete with books, puppets, a stunning aquarium display and more. The library holds weekly story sessions to engage a new generation of readers.

Manhattan Beach Library is a modern wonder built of glass that reflects the nearby Pacific Ocean. The library holds regular community events including story time for kids, and yoga and meditation classes for grownups.

The Memorial Branch Library of Mid-Wilshire is a community architecture created by the collaboration between local Highland Park stained glass expert and the man that created Griffith Observatory. Together, they made a traditional English Tudor-style library that features a number of community programs ranging from computer classes to displays of magic.

The University of California Berkley campus has numerous libraries, with the most famous being the Doe Library. At the center of the school’s library system, Doe Library has soaring cathedral ceilings and allows in natural light, a rarity for the housing of books. There are also plenty of quiet nooks to explore and settle in with a good book.

UC San Diego’s Geisel Library is the first of the campus’ three libraries. Built in the severe Brutalism style, Geisel Library is named after the real-life name of children’s writer Dr. Seuss. The Geisel Library contains a vast amount of Dr. Seuss books and other writings and information on Theodore Geisel, a native of Southern California.