The Best Haunted Attractions in California! 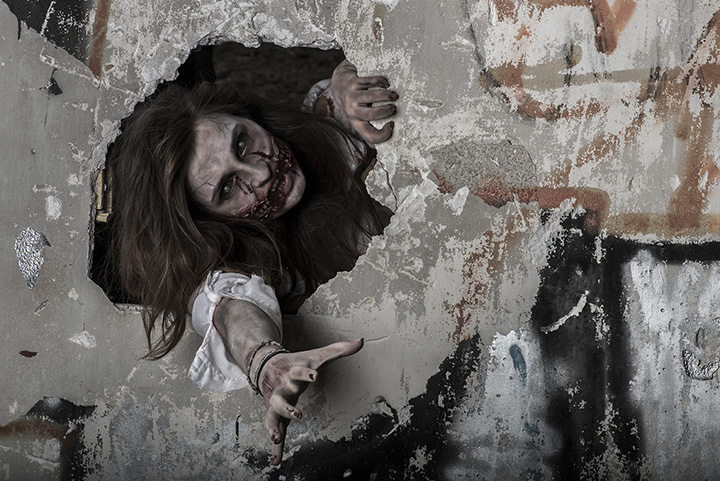 California is well known for its haunted houses and hangouts where you may be able to find some ghostly activity at any time during the year. But come the spooky season around Halloween, Californians turn pro to get a good scare. From theme parks creating mini haunted attractions within them to haunted happenings appearing in select cities, you’ll find tons of new and improved haunted attractions throughout California that aren’t for the easily spooked or faint of heart. Check out some of the more impressive 2023 hauntings happening now.

Universal Studios knows a thing or two about special effects and the annual Halloween Horror Nights events brings the movies to the real world. Some of the best Halloween costumes and makeup are on full display in spooky themed attractions that bring your nightmares to life.

Knott’s Scary Farm is pretty family-friendly but during Halloween, the farm theme park gets a little spookier and a whole lot scarier. Check it out if you’re into things that go bump in the night or want to spend a sunny day in a state of terror.

In Northern California, head to the annual Fear Overload Scream Park. A neighborhood haunted house attraction that continues to grow in size, scariness, and popularity the Scream Park takes haunted houses with volunteers and special effects to the next level.

The 17th Door is not for the faint of heart, easily frightened or spooked. A series of terror-filled rooms are designed to get a reaction out of people that have become dead inside from the usual scary happenings. Be prepared to get wet, touched, screamed at and otherwise terrorized at this very scary attraction.

For years, Paramount Ranch has hosted a variety of events like the Renaissance Faire and other happenings. This year the area that acts as an outdoor movie studio has introduced Scare-amount Ranch, a new attraction from the National Parks Service that runs the Western town.

The Queen Mary cruise ship has long been known to be haunted and you can take a ghost tour at any of time of year. But around Halloween ship turns chronically spooky and all the ghosts are allowed to come out for a fright filled celebration.

The Old LA Zoo has been out of commission for years but the location in Griffith Park is now home to the Haunted Hay Ride, an interactive and imaginative haunted attraction. You can also check out similar haunted events like Dead End Diner or Trick or Treat that all take place in the area. Costumes by riders aren’t allowed, except on Halloween when you can dress up. Check out the website for detailed guidelines and a list of attractions.

The Ranch of Horror at Turlock’s “Fear” grounds comprise 13 different settings including zombies on the loose in the signature attraction that has an entire town under zombie attack. Be prepared to run away from the madness and be frightened by actors and serious scares.

The mental hospital themed haunted attraction is like every horror movie you’ve ever seen about the criminally insane come to life in one big production in a small town. Be prepared to get poked and prodded as the asylum comes to life during the time of ghosts and goblins.

14265 East Goodfellow Avenue, Sanger, CA
Halloween at Hobb's Grove is exactly what one would hope for when desiring the ultimate haunted Halloween experience. Creepy and mysterious yet fri... Read More

Scream In The Dark

4009 Chester Avenue, Bakersfield, CA
About CC productions have been entertaining people in the Haunted attraction industry for over a decade. They have been involved with haunted even... Read More

The Haunt in Atascadero

1106 East Grand Avenue, Arroyo Grande, CA
The Mid State Scare returns for 2014. A different show each night of the weekend! Ask anyone who was lucky enough to see the show, this is the scar... Read More
Select a California town to find
the Best Things-To-Do and Places To Go around you