The 9 Best Festivals in California! 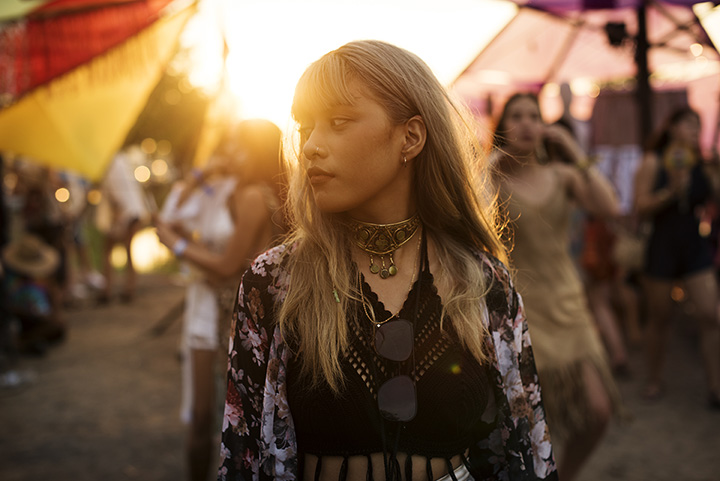 Great food, amazing scenery, amazing music. With so much to celebrate, it’s no wonder that California hosts tons of festivals that honor anything and everything from crops to wildlife. Check out just 9 of the best festivals that are held in California each year.

Whale watching in Dana Point is definitely something to put on your bucket list. Each March, California gray whales majestically migrate through the area and the Festival of Whales celebrates their trek with two weekends filled with arts, fun, food and environmental awareness.

Los Angeles is once again getting a reputation for being one of America’s best food cities, an honor that it hasn’t had since Wolfgang Puck first opened his original Spago restaurant. The LA Food & Wine Festival showcases favorite LA bakeries as well as attracts celebrity chefs from cooking shows and foodies from all over the world.

Old Spanish Days, better known as Fiesta, is one of the oldest festivals in California held annually since 1924 and celebrating the founding of the city of Santa Barbara. Enjoy arts and crafts, delicious street foods, parades, music and cultural events that take place throughout the weeklong celebration.

Renaissance Pleasure Faires can now be found throughout the United States, but they originated in California as a way to bring Elizabethan England to the masses. They grow more popular each year and find new homes, but the SoCal event has found a home in Irwindale, near Pasadena, for the past several years. Dress up and grab a turkey leg to learn more about ancient history.

The California Strawberry Festival held in Oxnard has grown considerably over the years to become one of the biggest festivals in the country. Even strawberry levels can be impressed and amazed at some of the more creative uses of strawberries, from sweet to savory dishes and even adult beverages. There are also crafts, live music and more to enjoy and celebrate strawberry season.

The Coachella Music Festival, held out in the desert each year has become so popular that it has spawned its own fashion movement. Dress your bohemian best and make hotel reservations far in advance for the festival that draws A-List celebrities and music lovers.

The Playboy Jazz Festival has become an annual event going on nearly four decades. Each year, a celebrity hosts the lineup of some of the greatest musicians in world and those that are yet to be. Founded by Playboy Enterprises founder Hugh Hefner, the annual event features all the glitz and glam the brand is known for and is broadcast on a local jazz station.

The Los Angeles Times Festival of Books encourages all things literary but offers more than just a few bookstalls. There are workshops and lectures from world renowned authors along with celebrities, athletes and more all showing their loves of books. And there’s more than reading, there is also food, music and things to do.

The Indio International Tamale Festival is over 25 years and still going strong. Held in December, a traditional time of year for tamale making, the festival is more than just tamales. Although there are plenty of versions of those too, ranging from creative to traditional. Admission is free and there is a variety of entertainment options ranging from community dance groups to classic rock n roll.

11:00 AM
Tamale Festival, Atascadero, CA
Learn More
Select a California town to find
the Best Things-To-Do and Places To Go around you