The 9 Best Bakeries in California! 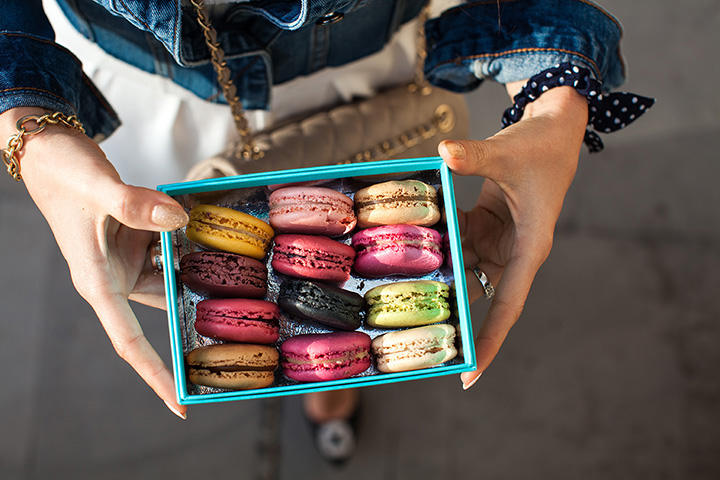 California may be stereotyped as health-conscious, but that doesn’t stop the Golden State from baking up some delightfully unhealthy treats. From San Francisco’s famous sourdough to the international influences found in Los Angeles and beyond, there are sweet and savory baked goods to be found throughout California. Here are just 9 of the best bakeries in California.

The brainchild of Belinda Leong and Michel Suas, B. Patisserie is a fusion of French technique and European influences combined with San Francisco’s ever changing food scene. Once a pop-up, B. Patisserie now has a permanent shop that offers locals and visitors a taste of some of the best baked goods in the world.

Tucked into a quiet Los Angeles neighborhood, Proof Bakery is a small shop making a big impact on the baking scene. Croissants, savory sandwiches, sweet treats and elegant cakes make up the offerings at Proof, while seasonal and special items rotate through as well.

La Brea Bakery may be the largest artisanal bakery in the city, if not the country. Starting from a small storefront, La Brea Bakery’s breads can now be found in major retailers all over the country. But stop in to one of the cafés, including the original on La Brea in Los Angeles to get a real taste of how the little bakery started a big movement in quality breads.

The husband and wife team behind Tartine Bakery are legends in the culinary world and beyond. They have been nominated and won numerous awards for their dedication to the craft and have created massive cookbooks to share their impressive skills and knowledge with the world. You can make their breads yourself, or stop in to enjoy a fresh loaf for dinner and enjoy toast for breakfast, just as they recommend.

Located in a historic building in Sonoma County, this Northern California gem is a small family run business that has earned big fans in foodies. Breads and pastries are freshly baked using local ingredients and then used as centerpieces for the café’s breakfast and lunch specials.

Porto’s originated as a small family-run bakery in Glendale but has expanded its original store and added locations. Still family run, Porto’s offers Cuban style breads and sweets along with coffee, cakes, smoothies and sandwiches and other Cuban eats.

Honey & Butter has two locations in Orange County where you can find freshly made macarons. The labor-intensive cookie-like pastry is available in a selection of flavors that are standard each day as well as “rare” flavors, which are available only on occasion.

Café 86 has several locations in the San Gabriel Valley area of Los Angeles. The family run and operated bakery and café merges classic French pastry techniques with Filipino flavors to bring a modern taste of Asia to the masses. Ube, taro, green tea and other flavors can be found in sweet pastries as well as accompanying coffee and tea beverages. Especially popular are ice cream sandwiches, which combine freshly made pastries with homemade ice cream fillings.

The Danish settlement of Solvang, just outside of Santa Barbara, is filled with bakeries serving Scandinavian breads and treats. The most popular, and possibly the largest bakery in the village is Olsen’s Danish Village Bakery. The sweet scent of cinnamon greets visitors looking for butter cookies, ring cakes, cinnamon rolls, strudels and fresh breads and kringles.

View more California Bakeries and Pastry Shops.
Select a California town to find
the Best Things-To-Do and Places To Go around you